DOWN WITH POWER
Narrated by talk show host, Brian Wilson, “Down With Power” a Libertarian
Manifesto, by L. Neil Smith now downloadable as an audiobook!
L. Neil Smith’s THE LIBERTARIAN ENTERPRISE
Number 1,035, August 25, 2019

THIS IS IMPORTANT: that rumor going around that Trump is Jabba the Hutt in a wig ... can it be true?

We now have four subscribers, putting in a small amount of cash each month to help us keep going. You can too:

You know, when I was a kid, I always hated this time of year. It meant it was almost back-to-school time. Time to try that experiment were you see if it really is possible to die from boredom.

I must say: Wow! I finished Arthur Herman’s The Cave and the Light: Plato Versus Aristotle, and the Struggle for the Soul of Western Civilization. I now proclaim it one of the best history books I've read. Alas, the price has gone up to $15.99 for Kindle, and $14.99 for hardback (!). Worth every bit of it though. First published in 2013—so how come I didn't hear about it until recently? Just unlucky I guess. It brilliantly shows the influence of the fundamental ideas of Plato and Aristotle on the development of Our Civilization right up until the present day. And, while the author is an actual professor at universities you’ve actually heard of, in the final chapters he quotes Ayn Rand and Friederich Hayek. Seriously! I did begin to get the idea the author was libertarian while reading, and turns out he for real is. Refreshing! Again: Highly Recommended!
[Link to Amazon.com]

About Kindle books. If you have a Kindle reader, all is well. If you do not, there are downloadable applications for Android tablets and/or phones (I've read a few books on my phone—not perfect for reading, but it works, and the phone is easier to carry about than a tablet. If you have an Android tablet, the Kindle Reader app works there, too. For that matter, the Kindle Reader for Windows works just as well, and no doubt also the Mac version. If you have a Nook, the book is out there in the B&N bookstore. I would provide a link, but B&N.com makes liking more complicated than Amazon.com and I seem to no longer be an affiliate there anyway. There is also a Nook app for Android, iTunes, and Windows, of course.

Why do I always recommend eBooks? Because I have a bit of arthritus in my hands, and paper books, especially big paper books are just too heavy/clumsy, whereas my light-weight (and cheap, i.e. $50 from Walmart online, it's gone up in price though) 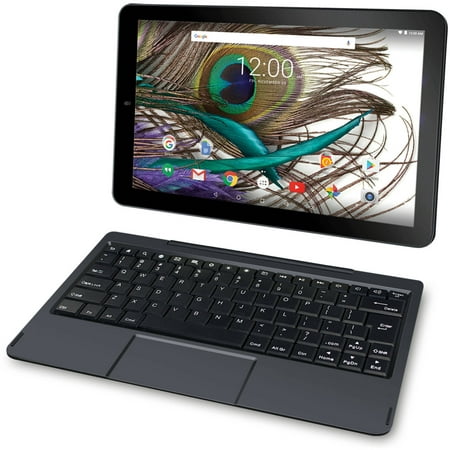 is very easy to hold. And there are other benefits, such as the ability to highlight a word or phrase and jump to a lookup in a dictionary or to Wikipedia. I personally have tried a bunch of e-reader apps and find the FB-Reader to be the one I like best. For a very few $ you can upgrade the free version to paid version. And off you go. (Versions for Mac/iOS/Android as usual, with improved Windows and Linux versions coming soon they say.)

Of course, if you buy Kindle books, most of those are in the .azw encrypted format. A little bit of web-searching will find software to removed the encryption and convert to the industry-standard .epub format. You probably shouldn't do this if it is illegal where you live, but that is not legal advice, ask a lawyer. The Kindle reader for PC/Mac/iOS/Android will let you read .azw ebooks A-OK. Or even an actual Kindle device! My wife really likes her Kindle Fire HD gizmo. You could get one for $50 by clicking [Right here]. After getting it for Christmas several years ago, she abandoned her desktop and laptop and did everything on the Kindle, up until our kids gave her a fancy tablet for her birthday a couple months ago. (I think she is not sure yet if it was a good swap though!)

Mackenzie claims that “dairy cows are forcibly impregnated, or raped, in order to constantly produce milk for humans to consume.”

Everyone knows cows can’t consent, but does that justify using the word “rape” to describe breeding them? You’ll see where I’m going with this in a minute.

Mackenzie says “While we fight against the sexual abuse of women, why are we still allowing the same treatment to be thrust upon other living bodies when there are other, more sustainable ways to live that do not involve harming millions of female bodies?”

So now you begin to see that this young, happy-go-lucky intern is spewing a pretty insidious ideology. She’s comparing women to cows. That’s pretty dehumanizing and here’s where I go all Dinesh D’Souza on you and say Democrats are the real misogynists.

The Crazy Years! Yes, that is were are are!

And also The Stupid Years. For example:

It is documented in the Center for Disease Control and Prevention (CDC) fatal injury database.

Fatal accidents involving firearms and children are low and have been trending downward for a long time, even as the number of firearms, both absolute and per capita, have increased enormously.

Of course, that is just a fact. Many people do not regard facts as meaningful. There is a word for people like that, but I will not use it in polite company. Probably.

Until next time, stay deplorable, my friends.